Get fresh music recommendations delivered to your inbox every Friday.
We've updated our Terms of Use. You can review the changes here.

Born To Do It - Club Single 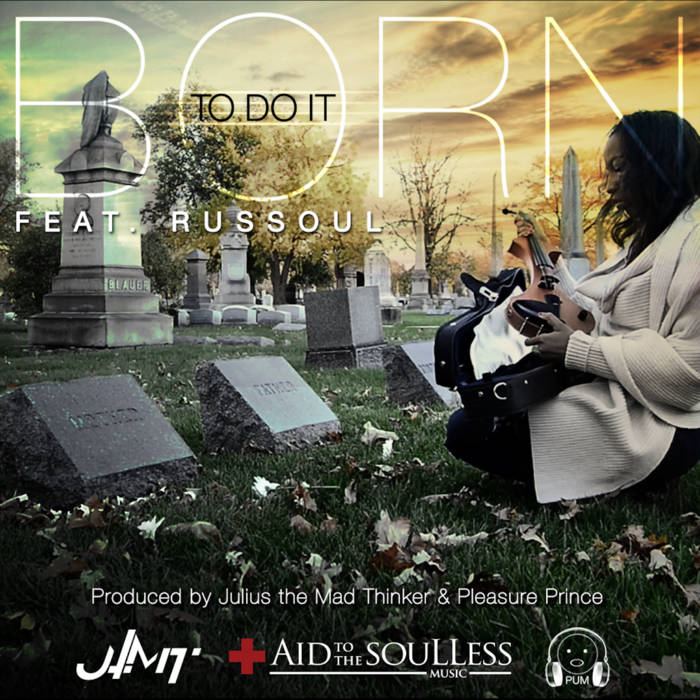 "Born To Do It" is not just a profound expression, but the first single off of the forthcoming debut JtMT album "Perspective". Complementing the single, Born To Do It, is an album synopsis that reveals a suspenseful drama which captures readers and leaves them anticipating what comes next.

ALBUM SYNOPSIS: After losing family in a tragic fire at the age of 14, music prodigy violinist, Jasmine Pharrell Love gives heroic performance for the first time in five years. Will one courageous performance be enough, or will her best friends influence send her into the unforgiving music industry?

Innovative DJ/songwriter/producer JtMT decided to team up with soul crooner, vocalist/recording artist Russoul, and producer/DJ Pleasure Prince. After spending hours upon hours in the studio, the two begin fusing Julius' epic poetry and conceptual ideas with Pleasure Prince's musical compositions. Realizing that their creation could possibly exceed all expectations of their fans, and peers in the dance community, they saw their music being a platform for positivity, encouragement, and love. Their genuine desires to improve the state of the way in which people experience music combined with a message of insight for today's artists and dreamers, drives them to continue to give their all. After listening to Born To Do It, the freshest ears will pique to alert while yesterday's classic trailblazers will quickly endorse this work, and acknowledge the integrity that speaks loudly to the masses.

Julius the Mad Thinker also introduces DJ Emmaculate, an amazing producer/DJ/engineer, who has been behind the scenes for years creating sounds for some of the most respected artists,Djs, and producers in the music industry. After hours of mixing mastering and creating for others, Emmaculate aka E-mac decided to sketch out a solo career and hound in on his own artistry. Having a record collection to that of Dr. Wax, and a vast knowledge of analog and software technology, his sound has much depth, history, and characterization. This remix is just the beginning and a sneak peak into what DJ Emmaculate was born to do.

When I think
it's hard for me
a missing child
fatality

a parents nightmare
So intense
as if I lost
my instrument

Luckily
They found the kid
Luckily
I have music

Cause You were
Born to do it

every boy
and every girl
promise me
you'll sing

a melody
peace and joy
to everyone
love you will bring

Cause You were
Born to do it

Aid to the Soulless music

Replenishment for the soulful, and help for those who have yet to discover the essence of soul.

Bandcamp Daily  your guide to the world of Bandcamp

Frayle's Gwyn Strang and Sean Bilovecky join the show to talk about their cathartic new album.